None of these women were your typical heroines, and not just because they worked with magic as part of their normal, every day lives. They weren’t waiting around for some man to rescue them — they rescued themselves. They solved problems more than creating them (how often do you see “heroines” in cozies do something stupid just so “the guy” can come in, call her stupid, and then have sex with her?), they accepted magic as part of themselves and part of their lives. They had jobs and friends and families and heartache and LIVES. They didn’t just sit around and do hocus-pocus — they dealt with the same sorts of things my friends and I dealt with, too. Plus the whole demons and vampires and fae and stuff.

As someone who was just entering the Craft, I wanted to read books about women who knew more about the Craft than I did, and had integrated it into their lives. Sure, I enjoyed high fantasy, sword and sorcery, created worlds. But I also wanted to see someone in similar living conditions, with similar issues, someone who was better and more knowledgeable and all that. Someone who worked to live an integrated life instead of a fractured one. Who might not always succeed, but put in the effort. And who could also kick ass when it came to demons and vampires and fae and stuff I was relieved I never had to deal with! 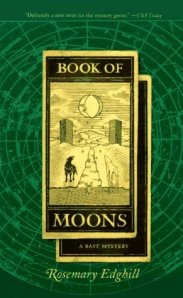 I knew these women were FICTIONAL. I knew the stories were FICTION. It’s not like I was going to take the novel out on a dark and stormy night, pretending it was a grimoire. I’m not a moron, and I’m not delusional. But the way that Nancy Drew inspired me when I was eight and nine and ten and on to explore my curiosity about the world — and she had friends and family and a life, too — these fictional women also inspired me.

They inspired me to search through the sludge and find my best self. And work on that.

The genre’s grown and shifted. Now we have part-humans and shifters and vampires and all kinds of urban fantasy women who kick ass. They’re still inspirational. Why? Because I’m older, the stakes are higher, and I might not be dealing with a personified demon that way Corine Solomon does in Ann Aguirre’s books, but I’m dealing with metaphorical demons as I try to find a good, ethical way to navigate in an often wildly unethical world.

These women are not perfect. But they are smart, resourceful, learn quickly, give a damn, have compassion and humanity even if they’re not always or fully human. They remind me that life is what I make of it. They remind me that, no matter how bleak it seems, there is always a choice. They remind me that, even if you can’t see the endgame, or know you’re going to win it, there are small victories along the way, moments with those you love, who make it all worthwhile.

Cerridwen Iris Shea wrote for Llewellyn’s calendars and almanacs for sixteen years. She also writes the Merry’s Dalliance fantasy pirate adventures. She teaches tarot workshops, and is thrilled to finally have her own herb garden and still room. Find her on the web at www.cerridwenscottage.com. This is her busy season.