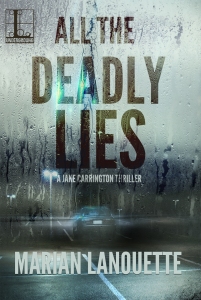 I am completely thrilled to have Marian Lanouette as my guest on a Biblio Paradise today! We know each other via Sisters in Crime and social media, and I’m a big fan of hers, both personally and professionally. I’m delighted that she made time to stop by for her newest release!

Good morning Devon,
And thank you for hosting Jake and I today. Devon, you asked how the Jake Carrington thriller series developed and how he and his team had grown over the series. Jake’s a recently promoted lieutenant for the Wilkesbury Police Department (WPD) and his ups and downs pull from deep within him.

I was working on my first book (which is still in the first draft stage) when Jake popped into my head, forcing me to put aside The Loss of Power. After a week I gave in and started recording his characters and team, and the scenes that floated through my head as if the story was a movie.

The more I wrote the more excited I got. Halfway through this outline I realized Jake’s story was not a single book but an entire series. What he showed me wasn’t only his professional side, but he gave me a glimpse into his personal life. I discovered I had to explore both side of him to do him justice. And then his sidekick, Louie Romanelli, snuck up on me and stole my heart. He and Jake have more than a professional relationship.

Jake, a single guy, is complemented by Louie, the married one. Louie has been Jake’s best friend since grade school, and he and his wife Sophia were there for Jake when his sister Eva was murdered in their teens. It’s this bond they carried throughout their professional and personal lives that helps each one to cope with the atrocities they deal with each day.

In All the Deadly Lies, book one of the series, Jake the player is stalked by a former girlfriend, as he finds true love for the first time. One of the cases he’s working is so similar to his sister Eva’s murder, it throws Jake into a tailspin. An innocent victim, as so many are, haunts Jake as her killer left no clues.

On the personal side, he has to learn to compromise to make the relationship work, while he investigates two high profile cases. It’s interesting to watch him metamorphosis from ‘a me kind of person’ to one who puts another person’s needs before his own.

Though each killer when caught can justify their reason for murder, to Jake, no reason is ever valid.

In book two, All the Hidden Sins, Jake deals with personal loss, as well as the possibility his sister’s killer might go free. He gets involved with a woman who has lost everything (son, husband, savings and self-esteem) due to her gambling problem. Helpless, Kyra Russell accepts a deal with the devil, in the form of mob boss, Phil Lucci, who’s hands reached deep into the WPD. Lucci offers Kyra enough money to pay off her debt and start anew with one condition. She burns bodies for him. He wants her to mingle his corpses with the legal ones she processes at her job at the crematory. Phil uses Kyra’s relationship with Jake to discredit him when he finds he can’t buy him.

Jake believes he understands human nature, and people and their actions. He’s floored when he realizes he’s been played by Kyra. It comes at a large cost—possibly his career. In the end there one person again who stands by him, and helps to pick him back up.

I don’t want to give too much away here. I love the whole series, but this story is my favorite. It’s drawn from one of my careers, and before you ask, the circumstances are pure fiction.

In book three, All the Pretty Brides, Jake is back on track both with the job and Mia as he deals with a serial killer. Each year for the past five years the killer takes a woman about to get married. One that resembles the woman who jilted him at the alter six years ago. Twists and turns at each corner, leave Jake and his team frustrated. The killer gives him two weeks to find him before he kills again. Louie is hardly any help as he deals with his wife’s first job out of the house in seventeen years. The problem, she’s picked a predator to work for. One Louie and Jake had arrested the previous year for sexual deviant behavior, though the charges were dropped when his accusers settled out of court for an undisclosed sum of money. Attorney Malone taunts Louie at every chance he gets as he puts the moves on Sophia. No one can talk any sense into her. She believes Louie’s reason for harping is his desire to stop her from working. That is until…
Jake corners the serial and all does not end well…
Sorry, again I don’t want to give spoilers to either story thread.

I’m working on book four, All the Dirty Secrets now, which is due to the publisher in May. Jake and Louie must deal with the commissioner, Todd Blake whose wife Callie is murder. She’s found in a seedy motel with pictures of her posing with another man in a scanty outfit.

As they investigate the crime it leads back to photographer Melinda Mastrianni and her boyfriend. The past comes back at him again in this small city of one hundred thousand residents. Melinda is Jake’s high school sweetheart. One he dumped after Eva’s murder.

When he examines her files he learns she’s photographed many prominent women, and fears there’ll be more deaths. Melinda denies her involvement. She’s upset and suggests someone had to have hacked in her files to get the pictures. Whoever killed Callie had used the boudoir pictures to not only blackmail the Blakes but to humiliate them. It bothers Jake that Callie went alone to the motel to deal with the blackmailer. A mistake that got her killed.

Then another woman who had posed for Melinda is murdered, but to Jake’s trained eye, it looks like a copycat killing.

In his personal life Mia throws a wrench into it when she suggests they move in together. Blindsided, Jake stumbles in his response and uses the case to put her off. The stomach wound he received in the last book has him popping pain pills to function. He wasn’t cleared to return to work yet, but the commissioner had requested he and Louie work the file and no one else.

The deeper he investigates the case, the stranger it gets. His captain, Shamus McGuire’s high powered CEO wife, Darcy, has received a blackmail letter. She too posed for Mastrianni. The link, the photos and Callie Blake was her best friend. It’s humiliating for him, his captain and his wife when Jake must question them and view all the pictures. In the midst of it all…someone released Darcy McGuire’s boudoir pictures to the press with Jake photoshopped into them by her side.

Not only is Mia upset with the pictures and their meaning, Captain Shamus McGuire is furious with Jake and his wife, as the jokes fly around the station. In Jake’s opinion, whoever sent those pictures to the press were out to destroy either Darcy or him, or both of them.

I hope you enjoy Jake and his crew. He had faults as we all do, but he learns from them as he deals with new challenges thrown at him in every story. 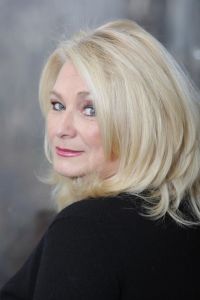 One of my favorite types of books to read (or write) is the epistolary novel. That’s a novel written as letters, in case you were wondering. It’s one of the few times present tense and/or changing tense doesn’t bother me when I read a novel-length piece of work.

As a writer, historical letters are a wonderful way for me to understand a period of time when I want to set something in another era. Reading collections of letters set in that time, by a wide array of individuals across professions and economic ranges gives me more of a picture of concerns, interests, and desires than a history book, or even a newspaper article. Because letters are about personal response to an issue or an event.

Diaries are another primary source I love to read when I’m researching an era. Of course, both diaries and letters are subjective, rather than objective. They were written from an individual’s point of view. But that’s what makes them so interesting. They’re not objective. You can see into the heart of the writer — even when the writer tries to obscure that heart, or put on a mask for others.

When I get stuck while writing a novel, I’ll often write a few letters between the characters, from different points of view. Those aren’t used in the novels themselves, for the most part, but they get me past the stuck parts, because I get to the heart of what’s bothering the characters. Then I can figure out what they’re trying to hide and why. I can build and move forward from there.

I had pen pals all over the world for many years. I loved it. In the third grade, our class in Rye, New York, wrote to a class in Rye, England. For years, I stayed in touch with my pen pal, and even got to visit her more than once when I was in England.

I admit, I don’t write enough letters now, although I’m trying to get back into it. I do write Christmas/Holiday cards. It’s one of my great joys of the season. Writing a personal note in the card makes me feel connected. It makes me feel I let each person know that they matter enough to take the time to find the card, to write the card, to mail the card.

Letters are about connection, which is why I like them so much in both fiction and non-fiction.

Some of my favorite collections that rely on letter writing and/or diaries:

By far, the best book on diaries and their writers is A BOOK OF ONE’S OWN by Thomas Mallon.