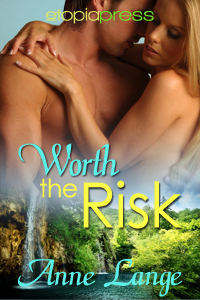 As a project manager by day, quality is a critical component to any successful project I undertake. Did I accomplish want I set out to do? Did I do it well? Follow the rules? And most importantly, did I meet my client’s expectations?

Many would say the question is actually did I exceed my client’s expectations?  I would argue that in many areas of business, you only want to meet them. Why? Because giving more is not what your client asked for.  In fact, doing so may cost you time and them money.

However, in writing it’s different. I think the goal is to stretch beyond what the reader anticipates. Blow them away. Give them more, maybe even something slightly different.  After all, we want them to buy that next book.  To tell all their friends about the great book they just read.

Exceeding the reader’s expectations isn’t easy though.  How do we give more than the happily ever after ending they expect.  I can give you a story of boy meets girl, boy falls in love with girl, girl marries boy, and they live happily ever after.  But would that satisfy you?  The goal has been achieved. The expectation met. And the product delivered.

Unfortunately it’s also boring as hell and took about three pages. Maybe ten if I throw in lots of adjectives, adverbs and a really hot sex scene.

But, that’s still not enough. There needs to be angst, conflict and tension.  The characters need to struggle and experience hardship before they ever have a hope of fulfilling their goals. There needs to be MORE to the story than simply two people falling in love.  It’s all those other pages in between the love story that makes the reader wonder – will it ever happen? Will they solve their troubles and find answers to their questions? Will they wake up, smell the coffee and realize they were meant to be together.

To do this, as an author I need to know how to write a good quality story.  And, I’m continually learning how to do that. I read. I learn. I apply what I learned. I write.

As a reader, it’s simple.  Give me a good quality story. Make me wonder. Make me cheer them on. And then make me sigh in satisfaction when it all comes together in the end.  Just like I knew it would.

Molly Simpson arrives at a beautiful provincial park, ready to spend the May Two-Four holiday camping with friends. This weekend is the highlight of her year—or it was, until Tanner Daivies showed up. Her high school crush is all grown up, sexy as sin, and he’s demanding answers—answers Molly isn’t sure she can give him. She had her reasons for leaving him all those years ago, but now, sex with Tanner is scorching, and when they’re together, it’s clear they were never meant to be apart. But the past doesn’t want to stay buried, and Molly isn’t sure reliving it is worth the risk…

It was really him. Curiosity got the better of her, and she glanced back over her shoulder. Memories assaulted her as he removed his six-foot-plus frame from the car to stand in the center of the welcome circle. Her friends were all talking at him, their voices filled with excitement. Judging by his glazed expression, their reaction left him a little overwhelmed.

Ten years. She rubbed her chest, thinking back to the invisible ache that had bothered her earlier on the drive here. She’d struggled the entire two hours to keep her focus on the road and not on painful memories from her past.

She flexed her fingers. Maybe the cause of her earlier distress was the fact that this year served as a milestone. Ten years since graduation, ten years since she last saw Tanner, and ten years since…fuck. When did she start counting? Molly searched the area for possible escape routes.

Colleen’s gentle shake brought her back to the moment. “Brad texted me earlier and said he took the afternoon off. He also said he was bringing a surprise with him. He’s been dating somebody new. I just assumed—”

“Um…yeah. I wouldn’t have expected Brad’s surprise to be Tanner either. It…ah…caught me off guard. That’s—” Oh, crap. “I just need a few minutes.”

“You’ve got no color in your face. I’m sure it will be OK. Awkward, yes, but probably fine.”

Molly’s heart palpitated. Colleen’s mouth moved, but the buzz in her ears drowned out the words. She swallowed hard. Air, she needed air.

“Besides, the others won’t let him cause a scene. You’re the one we’ve stayed close to over the years, not him. Our allegiance is to you, honey.”

Molly swung her gaze to where her childhood friends had gathered around the car, effectively pinning Tanner against it. Sam and Olivia, a couple since they were in diapers, were married now, and both glowed like beacons.

Violet, a transplant from Toronto when her parents divorced, hovered close, waiting for her turn to say hi.

Brad and Tanner had been best friends through grade school and high school. Brad had been pissed when Tanner left town without a word to anyone. Looked as though he got over it.

Molly had never told anybody why she and Tanner broke up. She’d stressed over it at the time, deflecting comments from friends about him disappearing days before graduation. She hated the thought of being subjected to the pity she’d see on their faces if they knew the truth. Everybody just assumed the breakup had been his doing. She never corrected them, just implied she’d agreed with his decision.

Colleen’s words began to cut through the insistent noise. Molly nodded. “Thank you. That means more to me than you know.” Unshed tears burned her eyes. She opened her mouth and sucked in a shaky breath, but at least she had oxygen in her lungs now. “You’re right. It will be…fine.” She gulped. “Why don’t you go over and say hi?”

“Yeah. I’m going to wait here for a few more minutes.” She began calculating the odds of sneaking past her friends and making a quick getaway before any of them noticed. She made a mental note to back her car in next time.

“OK.” Colleen gave her a final squeeze and walked over to join the others.

Breathe in. Breathe out. Molly closed her eyes, wishing for a paper bag. A really big one. She so did not need this in her life right now.

Anne Lange grew up with a love of reading. In fact, if you take a close look, she’s got a book with her where ever she goes, and will usually sneak in at least a chapter or ten whenever she can spare a few minutes. She reads many genres of fiction, but prefers to write sexy romance with attractive men, strong females, and always a happily ever after.

While embarking on a career as a romance author, Anne juggles a full time job and a family. She grew up in Southern Ontario (Canada), but now makes her home in Eastern Ontario where she lives with her husband and three children, and Rocky the bearded dragon.