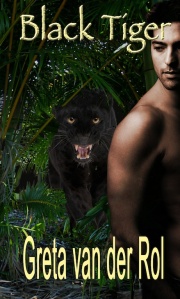 Series and Sequels. Is there a difference?

Thanks for inviting me to your blog, Devon. Today I want to talk about sequels. Not series, sequels. In my mind there’s a difference. A sequel is a story that follows on from another story, perhaps expanding on the storyline and using the same characters. As an example, Anne McCaffrey’s second Pern novel, Dragonquest, is a sequel to her first novel, Dragonflight. Her harper novels (Dragonsinger, Dragondrums et al) are part of the Pern series.

Among my own books, The Iron Admiral: Deception follows on, is a sequel to, The IronAdmiral: Conspiracy. Whereas Starheart is part of a series because the story takes place in the same universe as the Iron Admiral books.

Everybody loves a sequel, right? You already know the characters, you know the universe they live in. All that’s been done, so you just write the story. Easy peasy.

No. For a start, the original book must leave scope for a sequel and in a realistic way. You really don’t want to have to resurrect somebody from the dead. (You know what I mean – oh you thought Doug died in the explosion? No, no that was just a pretend.) Or she finds out she was really adopted and goes to find her real parents. I hasten to say, if those elements are already hinted at in the original book, you can get away with it, but if they’re not, you’re risking a raised eyebrow at the very least.

I’d always imagined Morgan’s Choice as covering more than one book, and the initial plot point for a sequel is a no-brainer. She has been lost in space, made a new life for herself with humanoid ‘aliens’ called the Manesai, and established that the Manesai are genetically modified humans who originated from the same group of planets as Morgan. She’s going to go home, with her lover at her side, to find out where the Manesai came from.

Next, assuming you have a realistic starting point, can you come up with a story to match the first book? Can your characters evolve and grow?

I wasn’t at all sure about that, so I hesitated on the starting blocks for a l-o-n-g time. There wasn’t going to be a brand new love story. Morgan and Ravindra are an item, but I needed a level of conflict. An old boyfriend? An enemy? Morgan’s old boss? All possibilities…

At last, I set off, beginning with Ravindra’s first sight of a non-Manesai planet. From there, it’s a planet-hopping chase as Morgan and Ravindra seek out fragmentary clues, delving into a dark past. Morgan’s society is a product of a devastating war thousands of years earlier which nearly led to the extinction of the human race. The war started as a battle between sentient machines and humans but rapidly deteriorated into man vs man as life became a struggle to survive. An analogy would be the fall of Rome when Europe fell into the Dark Ages and much earlier knowledge was lost. Multiple that ten times or so and you’ll get the idea. All those elements were already introduced in Morgan’s Choice.

That was the easy part. The hard part was coming up with a society-threatening danger. As it happened, that evolved as I wrote, an exemplary case of plotting-as-you-go.

So it’s done, it’s out there soon. Am I happy with it? You bet. I hope you’re happy with it, too. Oh, by the way, it’s called Morgan’s Return. That was a no-brainer, too. 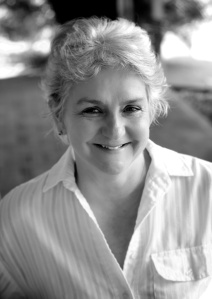 Greta van der Rol loves writing fast-paced, action-packed science fiction with a large dollop of good old, healthy romance. Her novel Morgan’s Choice was in the top 100 best sellers for space opera on Amazon for several months. But she writes other genres, too. Her historical novel To Die a Dry Death was awarded the bronze medal for historical fiction in the 2011 eLit Awards and her latest work, Black Tiger, is a paranormal romance. Greta lives not far from the coast in Queensland, Australia and enjoys photography and cooking when she isn’t bent over the computer. She has a degree in history and a background in building information systems, both of which go a long way toward helping her in her writing endeavours.